DETECTIVE INSPECTOR Sandy Woodings, while on the trail of a nation-wide drugs ring, is transferred from Yorkshire to the majestic but desolate surroundings of the Welsh island of Anglesey. Paul Thorpe, a young man involved in drugs, is found murdered in a local reservoir and Welsh investigator Jim Boyce seems a little too excited about the murder. This is the first event which will draw Woodings into a whirlpool of murder and deceit. When Boyce is found dead, Woodings is dealing with much more than a local incident. Can he put an end to the grotesque bloodletting that has erupted on the island? And what of the beautiful redhead Siobhan O’Neill for whom Sandy is tempted to forego regular police procedure?

Frank Ryan is an author with a remarkable eye for landscape and an equally fine ear for dialogue. In TIGER TIGER he portrays superbly the explosive tensions and deep-rooted passions of a rural community under violent pressure.

Available in paperback and kindle

The page-turning and spine-chilling ability of a good novelist.  SUNDAY TELEGRAPH

The twists and turns from which he extricates his characters are very clever. To call (this book) a psychological thriller would be to understate it. This novel is a work of genius.  LIVERPOOL ECHO

It is…strength of character which is probably the most distinctive feature of Frank Ryan’s work.  IRISH POST 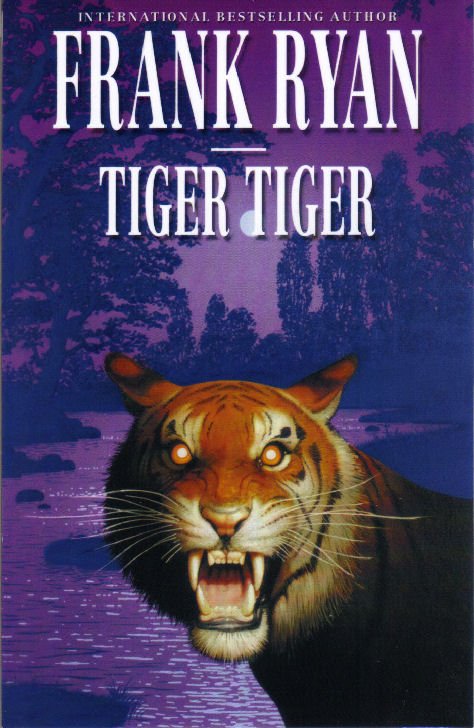